Back to earth, feet on the ground (I think!) after time away and stuff to sort out when I got home. And the long hot summer of 2013 feels like it’s drawing to a close. Might have drawn to a close already if the rain this week is anything to go by.

And you know what I say…. Bring on the autumn. Because the great thing about contrast is the way it allows you to appreciate the differences. Between the seasons, the moods, the good, the bad and the ugly. And one of the wonderful things about a really good summer is the way it leaves you ready and waiting for a really good autumn.

My family started going to Pollenca in 1984. It was my parents who first went there and they liked it so much they went back. So then we went with them and the whole thing took off. Things out there have changed a bit over the past thirty years – mostly good things: the beach in the port has got bigger, the centre of the old town has been pedestrianised, buildings have been cleaned up and rebuilt, restaurants have opened and closed. And we’ve changed our allegiances as we’ve discovered more places to go and things to do.

But there is one thing that hasn’t changed. There is one place we have always gone to, and still always go to. And that is the bar at the Ila d’Or hotel. Three generations of my family have sat under the umbrellas with a drink in their hands, gazed out across the blue water of Pollenca Bay, and been at peace with the world.

We’ve gone with the children when they were small, and they’ve swum in the sea while we sat under the pines and ate calamari rings and french fries. We’ve drunk our coffee there in the mornings, we’ve eaten toasted sandwiches and drunk beer there at lunchtime, we’ve had a last thing on the way home night cap there. We’ve taken friends there, presenting it to them with an ‘aren’t we clever to have this on our doorstep’ flourish. We’ve laughed there, sometimes we’ve cried there.

And the thing is that it’s not because it’s really cool, or serves the best cocktails, or is where the beautiful people hang out. Because it isn’t any of these things.

It’s because it’s not any of these things that we love it so much. It’s tucked away at the far end of Pine Walk so most people who go to Puerto Pollenca don’t know it’s there. To get to it we leave our house and walk the hundred and fifty yards or so to the edge of the sea. 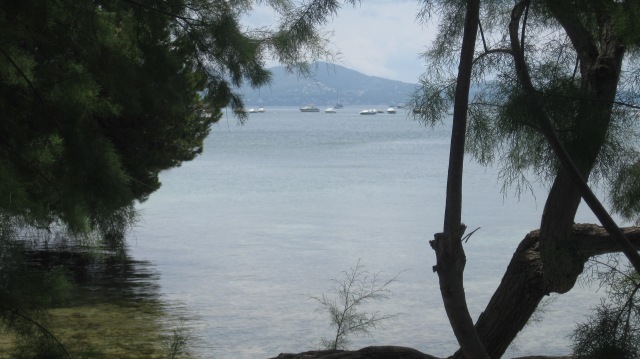 Turn left away from the centre of the port, stroll along Pine Walk. And there it is waiting for us. 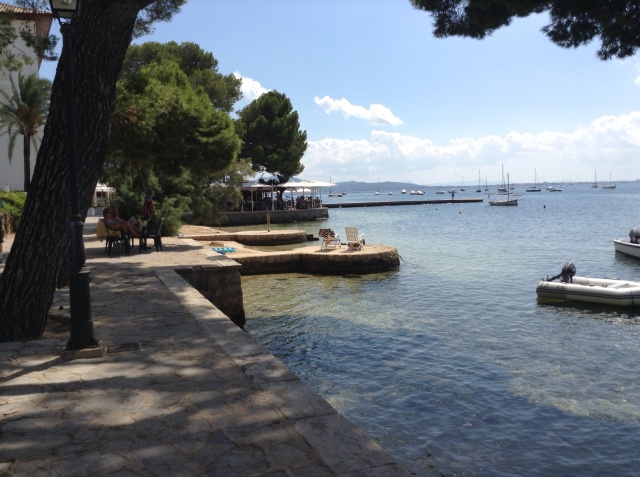 The hotel is charming, easy, slightly old fashioned, in the same way that the family hotels we used to go and stay as children were. The waiters stay the same, same faces greeting us, same drinks appearing in front of us as soon as we rock up. 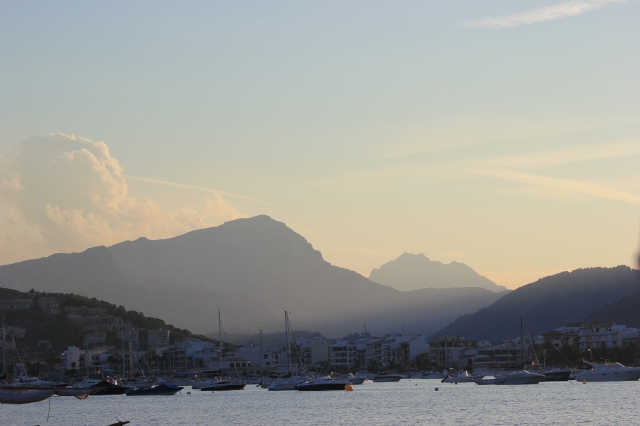 The view is always amazing…. 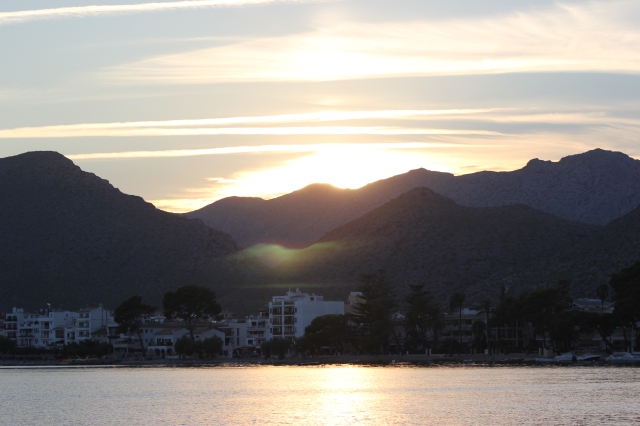 You should be there when the sun is going down….. 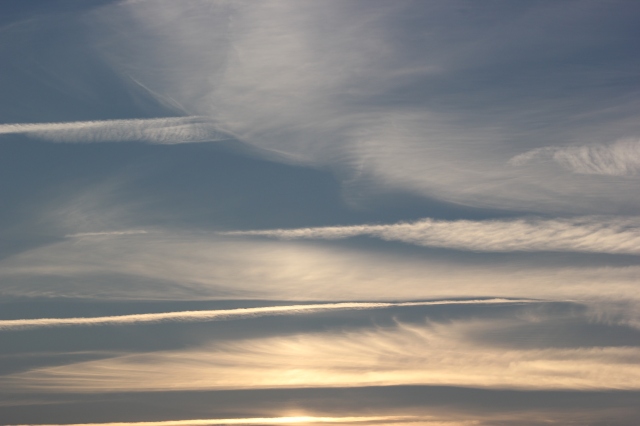 And there’s no better place for cloud contemplation….

So we sit down by the edge of the sea, and we pick up our drinks, and we look around us and we say……

Where would you rather be?