It’s that time of year. Weather frightful. Rain hurling itself at the window. Wind wailing in the eaves. But, as far as I’m concerned, it can do what it likes.

Because I’m on a mission. The Jane King, DIY, get to grips with, find the confidence that’s been lacking, go back and have another go, mission. And the aim of this mission – to redesign the planting for the four central beds of my garden. I’ve put novel writing on hold and I’m channelling the gardener in me.

When I started with this garden in the early days, I knew less than nothing. I bunged plants in with little thought to how big they were going to grow, what shape I wanted them to be, how they would look when they were grown up. Some turned out ok. Others haven’t worked quite so well. Now, with time and space to draw breath and contemplate, I’m having a rethink.

These are the beds I’m working on.

This is my biggest challenge. North-west facing, heavy clay, and more ins and outs to it than the Hokey Cokey. I’ve already drawn up and thrown away at least three plans. (The first of which I showed you in my last post.) So it’s still very much work in progress.

I went all Vita with this bed and decided it was going to be my white moment. It hasn’t worked. Which is why I’m having a rethink.

This was supposed to be my hot border. Didn’t really work. Time to reconsider.

This bed has had more rewrites than my first novel. (The Greenyards Legacy – you have read it haven’t you? And if you haven’t… WHY NOT?) Now I’m going to do it properly.

So you might think that – HAVING DONE A GARDEN DESIGN COURSE – I would have all of this planting design stuff under my belt, that I would be able to rustle up a cunning plan with my eyes shut. You would be wrong.

The amount of time we spent during the course on the principles of putting together a planting plan was minimal. Which left me contemplating the prospect with fear and trembling. Where to start? What to do? There are a million and one plants out there. Which, what, who am I going to choose? And how, when, where am I going to position them?

But with the help of two really excellent books, (The Complete Planting Design Course by Hilary Thomas and Steven Wooster, and Colour Your Garden by Jill Billington) I’ve gone back to basics. I’ve sharpened my pencils and I’m putting my ideas down on paper. I’m dusting off and rediscovering my Vectorworks skills, plotting and replotting plant combinations, drawing up plans… and then rethinking and starting over. I’m learning that, where the planting is concerned, it is important to view the garden as a whole, not, as I have been doing, as individual beds. I’m discovering that small gardens need a different approach to large. That there is an approach to planning the front, middle and back of borders which I’ve been failing to consider. And the light is beginning to dawn. I can do this thing. I have got what it takes.

Who knows where this will take me? But one thing’s for sure – my garden is going to look bloomin’ fantastic.

Isn’t it that thing that teenagers do in the summer holidays? Go and spend a couple of weeks in an office, filing and photocopying and watching the clock until the end of the day. At my age it it’s the last thing I expect to be doing….

The year’s course at KLC requires us to spend time during the summer break working in a garden or a nursery for a couple of weeks. It’s viewed as an essential part of the experience. I had been allocated two weeks at Great Dixter in July, which I had pulled out of at the last minute when my father in law died. And a week at Long Barn at the beginning of August.

Long Barn is the house that Vita Sackville-West and Harold Nicholson moved to when they were first married. They bought it for £2,500 in 1915. It was Vita’s first home after Knole and, with the help of their friend Lutyens, she and Harold created a garden that would be the precursor to Sissinghurst.

The current owners had been kind enough to offer the opportunity for a couple of us to come and spend some time in the garden, so I went to there to make the arrangements earlier in the summer. And was blown away.

But being blown away by a garden and doing hard labour in it are two very different things. And on that Monday morning in early August, having undertaken the eleven hour drive back from Ullapool the previous day, and with my own garden in sore need of some serious attention, I wasn’t exactly champing at the bit to get started.

Shows how wrong you can be.

This garden is pretty close to my idea of perfection. But it’s not open to the public. So to spend a week there in perfect weather, sun shining but not too hot, working from one area to the next, pruning and cutting back, sometimes talking with fellow student Ann and head gardener Richard as we worked, sometimes quietly getting on with it…. let me tell you it doesn’t get much better.

We worked in the vegetable garden.

We got up close and personal with some onions.

And made a lot of trips to the compost heap.

There were unexpected bonuses. I got to spend time with lovely Ann, a kindred spirit in the making. And Richard, the head gardener, was friendly and patient and very kind to us novices.

And then of course there was Vita. 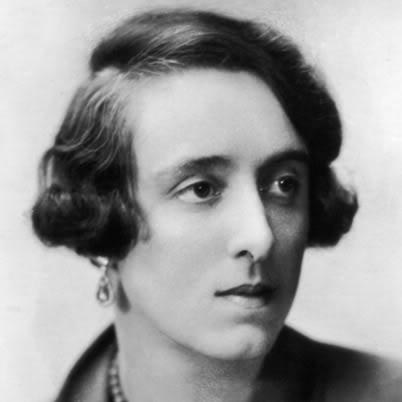 I followed her ghost along the side of the majestic yews planted by her husband.

Walked beside her through the orchard. 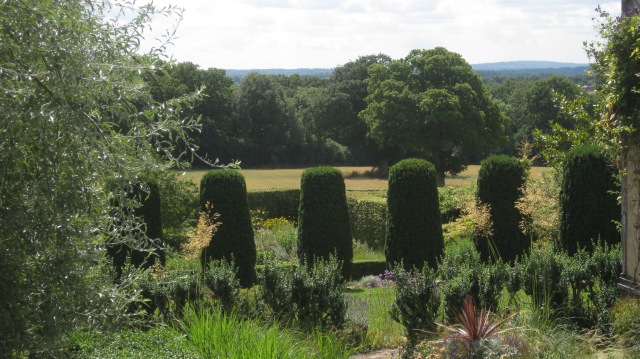 Gazed out with her across the fields and wooded slopes of the Weald.

– I had a moment when I saw the world in black and white.

So that when I snapped back into the present it seemed almost unnaturally colourful and bright.

How lucky were we? Ann and I? To spend time in that special place. To work in that unique garden. No doubt I will visit many more wonderful gardens in years to come. But I can’t imagine I will find one to live up to Long Barn.